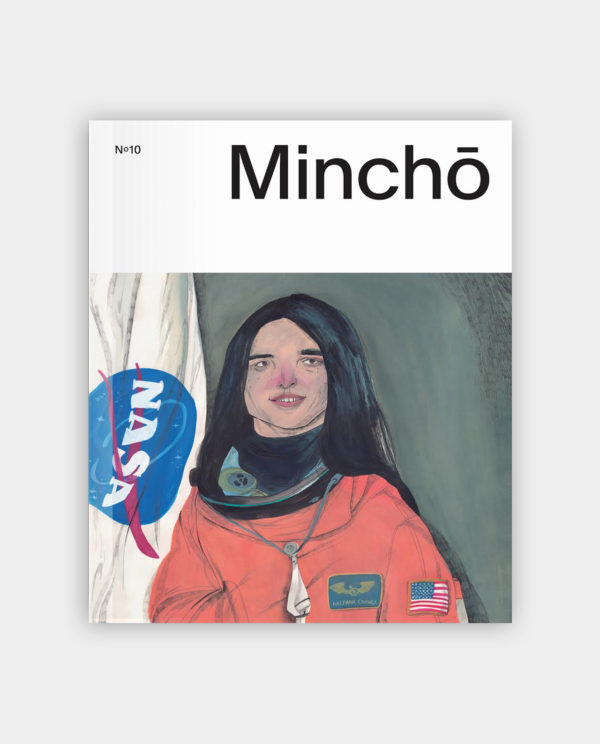 For illustration lovers and magazines collectors.

Mincho #10 celebrates the feminine condition and art as a space to reveal oneself, to protest and to create, as a powerful form of communication which transcends rules to address the viewer directly, and especially through personal confession.

The Indian astronaut Kalpana Chawla (1961-2003) and the last monarch of Hawaii, Lili’uokalani (1838-1917), have inspired our cover illustrations by Maria Herreros, doing a time jump that alludes to oblivion. This has also inspired us to include in this issue authors who helped to pave the way in so-called Herstory, like the activists Guerrilla Girls and the female pioneers of the underground comic in the US. This issue is also a tribute to women, regardless of the gender they were born with nor who they love. The sections In Motion and Have a Nice Book bring together short films and children’s books which celebrate diversity.

Powerfull women like Carla Berrocal, PowerPaola, Sarah Haug, Camille Vannier, Claire Milbrath, Rachel L. Hodgson and the Mexican studio Flaminguettes, and the stories that accompany them, have woven an issue filled with freeing and nonconformist creativity, a defence of the difference, small histories, confessional moods and honesty which may end up being necessarily uncomfortable.