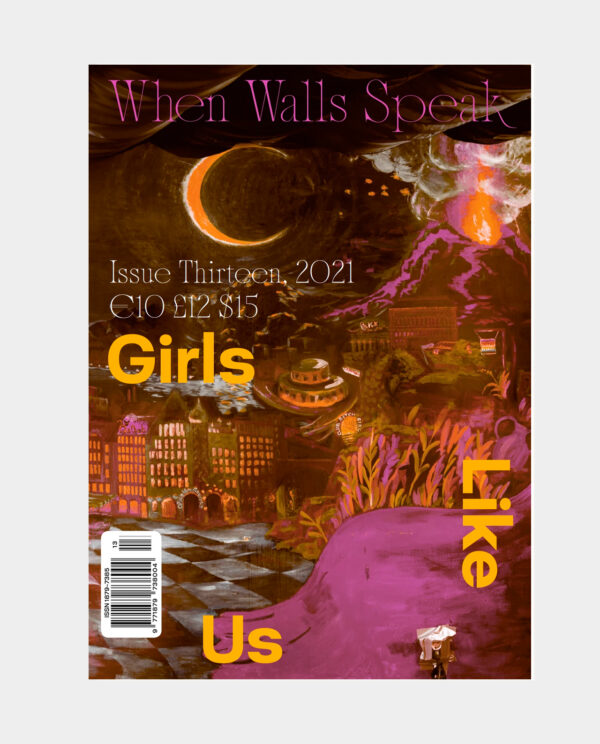 The Club Scene is explored as a queer performative architecture acting as a supportive and life-sustaining space in dominator culture. A space that generates desire, generously supports our bodies and our bravest political ideas. A shared playground for nonconformist feeling and movement.

We are compiling this publication after working ourselves through the entire queer nightclub and then coming out again. It took us nine years. To begin, we had to find each other on the street/ sidewalk to gather courage to enter. Together, we crossed the threshold, braved the entryway, hung up our coats, and got changed in the wardrobe. We then spent time on the dance floor, in the bar, the stairs, the dark room, and even the broom closet, until we were so filled with encounters, insights, feelings, movements, visions, conversations that we could leave – because the queer nightclub would never leave us. Through fictional writing we invoke an archive of nightclubs, a unique archive not found in the library but in our bodies and in the crowd. An archive as diverse as the people who go clubbing. An archive that has been within and between bodies now takes a written form. Our hope is that it might enter our bodies again and begin to transform the habitual world. If it manages, even a little, to trouble existing histories and structures, it will be a success.

Swedish queer arts & architecture collective MYCKET has a long standing oeuvre of doing interventions in spaces, buildings, built environments, by ways of and inspired by theatre, the carnivalesque and political activism. They just finished up a 7 years research exploring the club, which fitted perfectly within the frame of this issue.