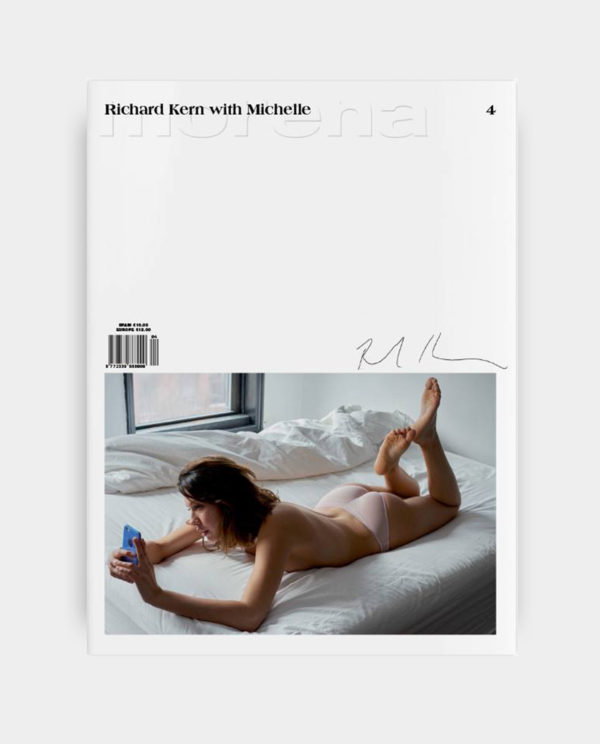 Since the 1990s, Kern has turned almost exclusively to still photography, and in the past years he has published several photography books with Taschen starring young nude women. In this fourth issue of morena, Kern shoots his yoga partner/model Michelle, in a two-day shoot taken in Cornwall Bridge, Connecticut.

Michelle — The reason why we are working together on this magazine is because I was over one day and I saw an issue of this magazine – I think it was like two issues ago – and I fell in love with it because every single shot is perfect. He said, “They’ve been asking me to do it. I could shoot you for it.” And I’m like [gasp] “Yes ! Of course. I would love that!”

Pia Bergman to Richard — So it seems in terms of getting your models, a lot of models come to you. They sort of seek you out. What do you feel they reach out to you out for?

Richard Kern — I don’t know. There’s a lot of new exhibitionists out there and they don’t seem to have any problem with asking people to shoot. And I’ve never really asked people to shoot. As soon as you start shooting there’s a lot of girls who want to be shot. You know, they’ll write you about it. And what was odd was I didn’t meet Michelle this way.