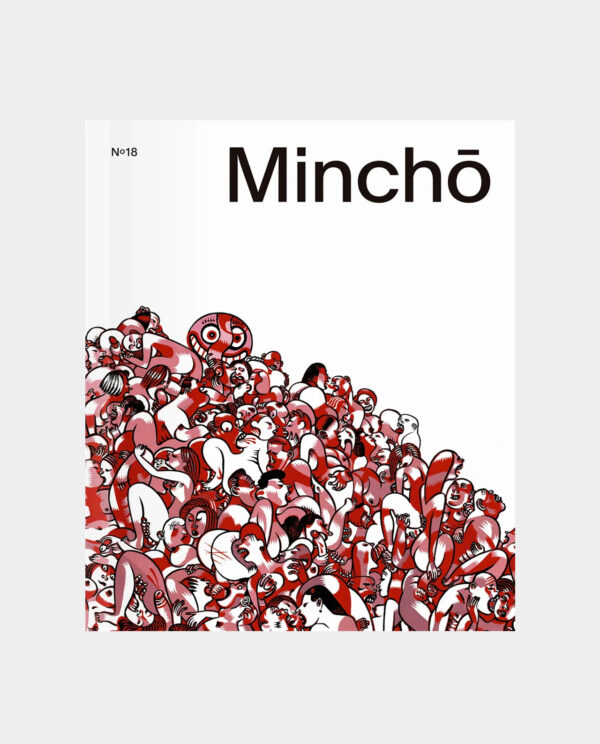 Minchō #18 seeks to explore the contemporary sexual imagery as an expression of identity, taboos, freedom, fantasy and pleasures, from a diverse perspective that is not restricted to the male, white and heterosexual gaze.

This new issue is passionate, fun and rewarding as its theme, featuring Marion Fayolle’s illustrated books about relationships between men and women, Jeffrey Cheung’s fanzines brimming with racial diversity, a selection of shorts on desire all created by female filmmakers (confronted with an opinion article on the controversial animation work of Wong Ping), the comic-essays of the feminist activist Liv Strömquist, the empowered letterforms of Jade Schulz, homoerotic art by Leo Rydell Jost, and children books freed from toxic masculinity.

A suggestive selection with which you can curl up and tickle your intellect, as can be seen in the cover illustration by Santiago Sequeiros: a rosy mountain of bodies having sex, that reflects the coronal plane of the two halves of a brain occupied by the same thing back to us.