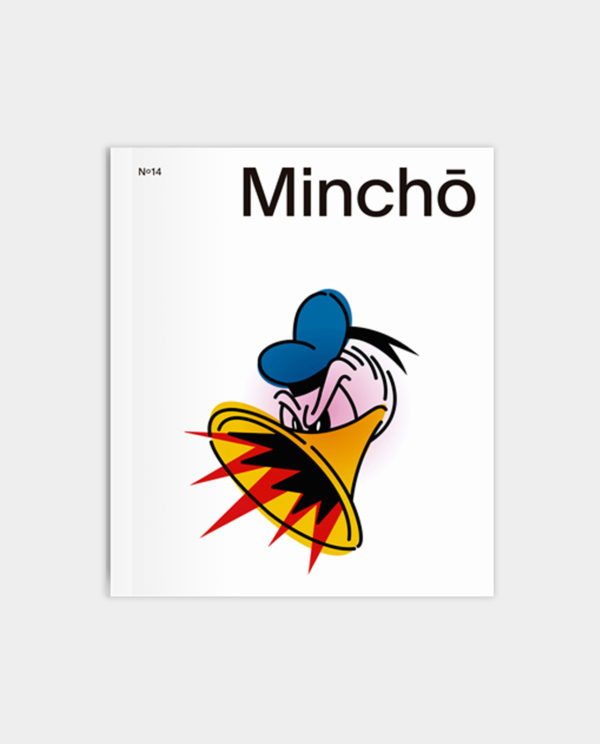 If the political effectiveness of design is the collective and collaborative mobilization, we have recently witnessed the important contribution of the graphic expression during the anti-Trump campaigns. For this reason, we wanted to dedicate Minchō #14 to committed graphic artists, whose works have an important social impact and an activist vocation.

This new issue brings together the inspiring poster art of Alain Le Quernec, the protest art of printmaker Paul Peter Piech, “bastard pop design” by Un Mundo Feliz, the mordant banners and publications of Juan Pérez Agirregoikoa, and Raymond Pettibon’s contribution to the California punk scene, amongst other contestatory artists. In addition, find features about the challenge of representing controversial Donald Trump in magazine covers; documentary graphic novels and animation shorts depicting the suffering of victims of armed conflicts; and a selection of some of the best children’s picture books for social and political awareness.

From its very cover, with two “screamer” designs from different moments of Le Quernec’s long career but both representing oppressive powers: Donald “Trumpet” (2016) and Ubu the King (1980), Minchō 14 encourages graphic artists to keep speaking up on issues that matter for the sake of social transformation.