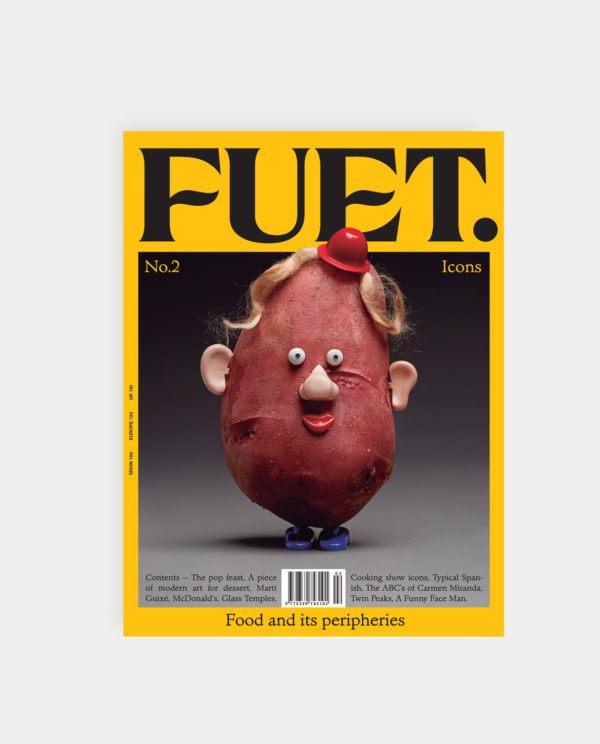 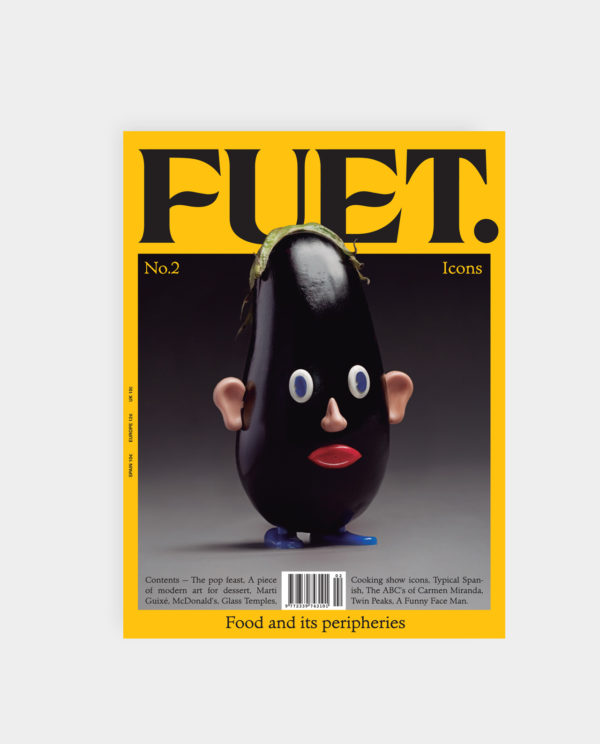 A magazine about food and its peripheries

When we launched the first issue of FUET Magazine, we decided to write about food from a different perspective, making the connections to aspects of culture that didn’t seem obvious at first glance or that we didn’t tend to make very often. After dedicating our debut issue to rituals, we now want to explore a universe that is familiar to most. We’re talking about ICONS and of the relationship they have had with food throughout history.

In order to do this, we will submerge ourselves into the most succulent works of pop art and explore Martí Guixé’s vision of food as another object of design. We’ll pay homage to television’s most famous chefs and travel to the disturbing town of Twin Peaks to discover its gastronomic mysteries. We’ll dance to the hypnotic rhythm of Carmen Miranda’s hips and enjoy a very special menu, developed by London institute Bombas & Parr.

The double cover of this issue is a tribute to Mr Potato, one of the great contemporary children’s toy icons and a gastronomic excellence, whose story stars in one of the magazine’s texts.

All this and many more surprises await you in the second issue of FUET Magazine.